The #1 Benefit of Unemployment

I’ve written several times about coming home from the Vietnam War and having to decide in which of my two dad’s footsteps I would follow.

I was about 25 at the time, and both my dads were just turning fifty.

My poor dad had just lost his bid as the Republican candidate for lieutenant governor of the state of Hawaii. Since he ran for office against his boss — the incumbent governor — my dad was informed that he would never work in state government again. So he was unemployed and out of work at the age of fifty. The problem was, all he knew was the world of education — the world of academia.

Seeing my dad sitting on the couch watching TV, unemployed, smoking, and collecting his government benefits, I knew there was something terribly flawed in his way of life — and his advice.

Times had changed, but his advice had not.

I believe seeing my father in 1974 was seeing the future.

Today, millions of people are in the same shoes as my poor dad. Many are well-educated, hardworking people, but they are falling behind rather than getting ahead during this crisis.

They fall behind because they work for money and save money.

Chronic unemployment causes social unrest which can lead to revolution. The U.S. government shares similar concerns and has spent billions to pay people who can’t work due to the coronavirus pandemic. They are doing what they think is the right thing but unfortunately, it’s not the right thing.

Much has been made in the last weeks about the steady drop in the unemployment rate.

The latest numbers from May of this year reported the U.S. economy gained 2.5 million jobs. This was a big surprise since the coronavirus shuttered many businesses in March and April. The report also said U.S. unemployment declined to 13.3 percent. The figure represents the largest month-to-month increase since the 1930s.

In an election year, the rhetoric regarding the “improving” and “recovering” economy will only heat up. It could be tempting to drink the Kool-Aid and pretend that everything will be alright. But I’m afraid that tough times are still ahead.

Our spending is still out of control…

Housing is still weak and getting weaker…

The Fed is still printing money…

Many people don’t have a job, or have enough money to retire…

And worst of all? Too many people are doing nothing productive with this free time!

Schools are designed to create employees. That is why people say, “Go to school to get a good job.” Most students, even graduates of MBA programs, go on to become employees, not entrepreneurs. Millions of students leave school each year saddled with massive student-loan debt, unable to find jobs.

Today, too many people — young and old — are looking for jobs, or are afraid of losing their jobs.

We need more entrepreneurs who can create businesses and jobs, rather than an endless mill of employees looking for others to guide them.

The economy will come back, but it will not be the same economy.

Many of today’s Fortune 500 businesses that were born in the Industrial Age will fade away. The Fortune 500 companies of tomorrow will emerge from this crisis, led by a new era of entrepreneurialism and a new class of entrepreneurs.

Entrepreneurship may seem impossible, but I am living proof that it is possible for anyone.

I was certainly not born with the gift of being a natural entrepreneur. I had to be trained. My rich dad guided me through a process of starting as an employee to eventually becoming an entrepreneur.

For me, it was not an easy process.

There was a lot I had to unlearn before I could begin to understand the lessons he was trying to teach me.

Entrepreneurship is about more than just personal freedom. It’s also about making jobs and making the economy better. It’s about healing the world.

Only You Can Save You

There is an old joke that goes like this: Two friends were walking in the woods when a bear suddenly jumped out and came at them.

“Do you think we can outrun the bear?” one friend asked.

In my opinion, this is an allegory for the world we live in today.

Many businesses will fail, and the strong will survive and emerge stronger.

Unfortunately, many of my fellow baby boomers are not prepared for the future. Many have taken life too easy for too long. Many are in poor health and without sustainable wealth. Many have no health insurance just as government hospital programs are running out of money.

I believe we are entering a long and hard financial winter. The good news is that spring will come, flowers will bloom, and new life will be born. Eventually, we will come out of this financial crisis, but unfortunately, millions of people will be permanently left behind.

What really matters is what you are going to do to save yourself. You do not need to outrun the bear; you just have to outrun those who are waiting to be saved.

P.S. For only $20… You could learn how to achieve life-changing wealth.

Celebrity trader, Tim Sykes went from about $12,000 to $5.1 million before turning 37 by using this strategy… 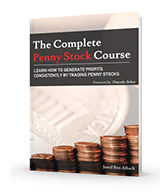 And he wants to offer you the same book thousands of his blog followers have used to learn this strategy too.

So in this totally new venture, he is offering NOT ONLY this book, but a YEAR of instant access to his stock trading wisdom… FOR ONLY $20.

If you only have a little money saved up, this could be your best way to accelerate your savings fast.

But only if you’re open-minded… and act before this deal disappears.

Sell sought after products at the lowest prices. They’ll LINE up to Buy from YOU!

… and You get this amazing business for

All products are of the highest quality and sold at the wholesale price to everyone with NO minimum quantities.

You make at least 50% profit on each item you sell!

You get Paid Daily!

You can also build huge “residual” income by sharing this with others!

Don’t miss out on this… it’s something special!

Your Friend in Success!